It Started With One School

It Began With One School

Since its incorporation as a non-profit organization in 2003, The Dr. Bettye Bouey Yates Educational Foundation has worked with the Christianenburg Primary School located in the Township of Clermont, Province of KwaZulu-Natal, near 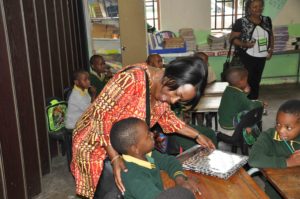 the city of Durban, South Africa.  The Foundation has helped to enrich and transform the educational experience the children receive there through a wide range of projects it has funded. Critical school infrastructure needs have been addressed.  A dilapidated building became a well-stocked library; a trip was financed for the principal and librarian to exchange “best practices” with teachers and principals in the United States; thousands of books and dictionaries have been purchased for the learners; a science lab was created; science and mathematics kits were purchased; a computer center was created and much more.

Since 2010, the Foundation has extended its efforts to two other public primary schools in the same Township: Clermont 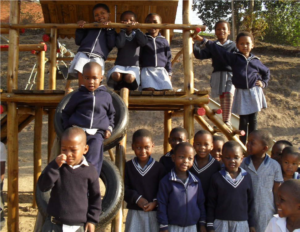 Primary School and the Clernaville Primary School.  In 2010 and 2011, the Foundation distributed approximately 300 dictionaries each year to additional schools for their seventh-grade learners, gave the Clernaville school library a set of encyclopedias, and purchased 180 readers for the Udumo and Clermont schools.  In 2018, students from Clermont placed second and third place in the district-wide Science Olympiad and earned the top three positions in the Math Olympiad. The Christianenburg Primary School ranks second overall among the 6,000 schools in the KwaZulu-Natal District.

The educational experience for the tens of thousands of students from these schools has been transformed through the generous donations and contributions of the members and friends of The Dr. Betty Bouey Yates Educational Foundation and from the hard work of the educators and administrators of the Christianenburg, Clermont and Clernaville Primary Schools.  The educational needs of children in one of the most economically depressed areas of South Africa are being met and the children in these schools are thriving.

JOIN US IN ENSURING A BRIGHT FUTURE FOR SOUTH AFRICAN CHILDREN